You are here: Home Sportsbook VictorChandler.com 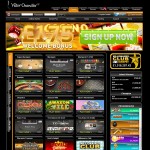 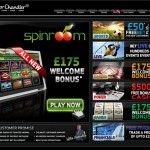 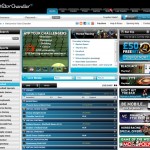 Victor Chandler is one of the major names in England’s bookmaking community and has been since it was founded in the 1940s. The company was founded by the grandfather of current chairman Victor Chandler, William Chandler. The Chandler patriarch had made his money in greyhound racing, and after starting the bookmaking business passed it over to Victor Chandler, Sr.—father of the current chairman. The elder Chandler died unexpectedly in 1974, and the business has been run since by the younger Victor Chandler. Chandler is arguably the highest profile individual bookmaker in England and has a reputation as something of a visionary in the industry. He was one of the first European gambling executives to recognize the potential of online wagering. Additionally, he was the first British bookmaker to look ‘offshore’ as a way of avoiding the country’s hefting gaming tax. In 1998, Chandler moved his entire operation to Gibraltar. Other British bookmakers like Ladbroke’s and Stan James soon followed and started the transformation of the territory to a hub of the online gaming industry.

Today, the company writes over £1billion in action annually and has over a half a million customers in more than 160 different countries. The Chandler name still adorns a couple dozen retail bookmaking establishments in the UK. The company sponsors a variety of sporting events in Europe including soccer and Formula 1 racing.

The Victor Chandler website is cleanly designed and easy to navigate, offering action on the usual assortment of major European and North American sporting events. Obviously football is front and center as the featured betting sport, with US football (NFL and college), basketball, hockey cricket, rugby, hurling, snooker, darts, boxing, MMA, cycling and motor racing also available. Victor Chandler offers a decent selection of financial wagering options along with betting on entertainment events and reality TV shows. Horse racing from major US and European tracks as well as English greyhound racing is also offered. They feature live wagering on most major soccer games along with other big sporting events.

Victor Chandler avoids the often gimmick oriented promotions of other gaming businesses, but does have deposit bonus and free bet offers for new accounts. In addition, there are sport specific promotions for horse racing and soccer as well as a special offer that offers refunds for players that go 0 for 5 on losing five team parlays.

Victor Chandler offers betting odds on the standard array of North American and International sport including football, US football (NFL and college), basketball, hockey, cricket, rugby, hurling, snooker, darts, boxing, MMA, cycling and motor racing. In addition they offer action on horse racing from Europe and the United States as well as British greyhound racing. They have a better than average selection of entertainment proposition bets and a financial betting site. Poker, casino , bingo, slot machines and ‘skill games’ are available.

Victor Chandler has offices in Gibraltar, with additional locations in Macau, Kuala Lumpur and Buenos Aires. They are licensed and regulated by the Gibraltar Gambling Regulatory Authority.

What others are saying about this Sportsbook