You are here: Home Sportsbook WilliamHill.com 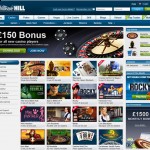 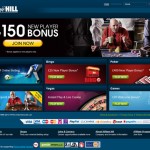 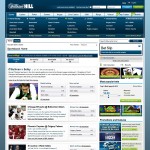 William Hill is one of the largest bookmakers in the United Kingdom and is headquartered outside of London. They’re listed on the London Stock Exchange and are a component of the FTSE 250 index—roughly analogous to the US based Dow Jones Industrial Average or NASDAQ Composite. The company’s roots date back to the 1930’s and although its ownership has changed hands several times since then it has remained one of the true icons of the British bookmaking industry. By any metric, William Hill is a giant in the industry both in the online betting segment and the traditional ‘retail’ marketplace. William Hill operates approximately 2,300 betting shops in the UK and Ireland in addition to their online business. The online segment alone ranks William Hill among the top three online bookmakers in all of Europe. The company employs over 16,000 people worldwide.

The online component of the company offers a state of the art interface with access to a huge range of betting options. All of the major European-centric sports are offered including football, American football, basketball, rugby, cricket, Formula 1 racing and wagers on entertainment and politics. In addition, William Hill Online features a full racebook with all major tracks worldwide as well as greyhound racing. The website also has several casino variants, a poker room, bingo and skill games like backgammon and dominoes.

Most of William Hill’s bonuses are targeted toward the new player, with different specials for sports players, casino players, horse players, etc. They also feature a daily promotion called ‘Match Winners’ whereby they offer enhanced odds and a wide variety of proposition bets on a major sporting event of the day. For example, a recent ‘Match Winner’ promotion paid bettors 12/1 when Chelsea scored more than 5 goals against Wigan in English Premier League action.

In addition, William Hill offers contests such as Fantasy Football where players pick their own teams of English Premier League superstars to compete for prizes. There’s a never ending array of other contests and promotions including poker freerolls, weekly and monthly contests and much more

A full casino is available with all of the traditional games like slot machines, video poker, blackjack, roulette, and craps as well as unique games exclusive to William Hill. They also have a very busy poker room as well as bingo. ‘Virtual’ games with live dealers and mobile gaming options are also available.

William Hill accepts all of the wide variety of deposit options available to European residents including Neteller, PayPal, Click2Pay, Moneybookers, Visa, Mastercard, UKash, PaySafe and more. Withdrawals are available via the same methods as well as bank wire.

William Hill offers 24/7 customer service by telephone at 0800-085-6296 in the UK and 800-3551-3551 worldwide. They can also be reached via email at customercare@williamhill.co.uk and through a live chat interface on their website.

William Hill has corporate offices in England and their retail shops are regulated under the UK gambling laws. The online division is based in Gibraltar where they are licensed by the GRA (Gibraltar Regulatory Authority).

What others are saying about this Sportsbook