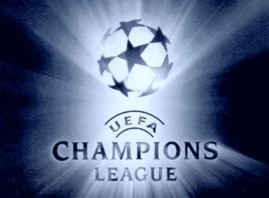 Here’s a quick group-by-group look through the Champions League heading into the pivotal fifth matches. Only four teams are officially out of contention and three guaranteed to progress, but next week’s matches should prove decisive in determining how the knockout stage will shake out.

Group B: Lyon (9), Schalke 04 (7), Benfica (6), Hapoel Tel Aviv (1)
Hapoel Tel Aviv has little to play for in earnest, though it has a slim chance at the Europa League spot. The best it can really do is play spoiler to a resurgent Benfica side which rode a pair of stunning goals from Fabio Coentrao to a 4-3 win over Lyon. A Benfica win here puts a lot of pressure on Lyon and Schalke, who would probably prefer not needing to take three points from each other.
Nov. 24: Hapoel Tel Aviv vs. Benfica; Schalke 04 vs. Lyon

Group C: Manchester United (10), Valencia (7), Rangers (5), Bursaspor (0)
It is always special when teams from opposite sides of the United Kingdom borders meet in the Champions League, and Rangers can ride that emotion to the three points it is sure to need. Manchester United has fared better on the road here than in the Premier League, but can one really expect an easy three at Ibrox? Meanwhile, Valencia will surely beat Bursaspor at home.
Nov. 24: Valencia vs. Bursaspor; Rangers vs. Manchester United

Group E: Bayern Munich (12), AS Roma (6), CFR Cluj-Napoca (3), FC Basel (3)
Bayern Munich took care of business early and has little to play for in Rome whereas AS Roma has points left to take. Look for the home side to get something from this one, likely all three points from a restful Bayern. FC Basel has played well enough, but its loss at CFR Cluj-Napoca was a killer. Back home in Switzerland you can expect Basel to win and put some pressure on Roma.
Nov. 23: FC Basel vs. CFR Cluj-Napoca; AS Roma vs. Bayern Munich

Group F: Chelsea (12), Spartak Moscow (6), Marseille (6), MSK Zilina (0)
Marseille travels to Moscow for a huge showdown with the winner likely to advance. An own goal from Cesar Azpilicueta allowed Spartak to steal three points in Marseille, and a draw would work for the home team considering it would own the tiebreaker and face Zilina on the final matchday. Expect more scoring this time. Chelsea hosts Zilina is a completely meaningless match.
Nov. 23: Spartak Moscow vs. Marseille; Chelsea vs. MSK Zilina

Group G: Real Madrid (10), AC Milan (5), Ajax (4), Auxerre (3)
Real Madrid is in the envious position in this group, having already qualified for the second round. AC Milan, Ajax, and Auxerre are all playing for second place in this loaded group. Look for Ajax to get something from its home date with Real while AC Milan makes up for a blown opportunity versus Real by carrying its fine domestic form into France.
Nov. 23: Auxerre vs. AC Milan; Ajax vs. Real Madrid